How to make moustache crayons 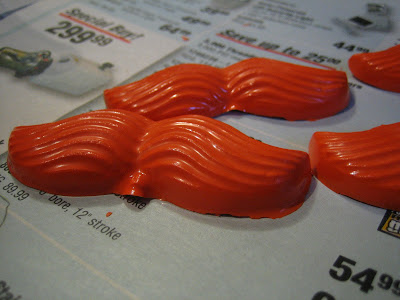 Mustache shaped crayons for the goody bags? Yes please!
Inspired by homemade by jill's race car crayons, I decided to get really crafty and make my own. I ordered a mustache chocolate mould from here and more or less followed jill's directions.
Here's how I did it: 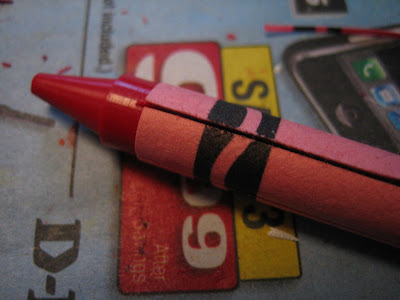 The hardest part was actually taking the crayons out of the paper. I made a slit down the side of the crayon using an exacto knife or craft blade. 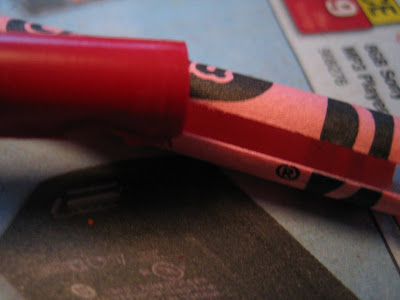 Then took my crayons out 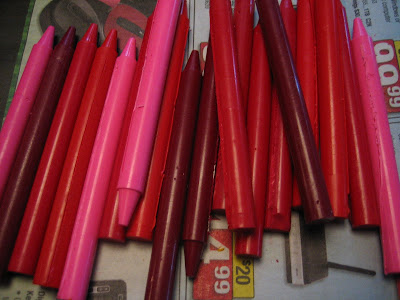 I grouped all like colours together, so I had a pink/red group, a blue/purple one and so on. 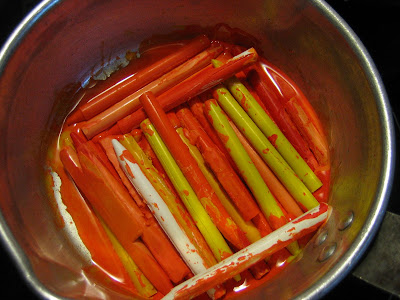 Then I waved my magic wand and turned the pink crayons into orange and yellow ones. Um, yep.

I was far to lazy and unsafe to do the double boiler technique so I went to a thrift store and bought the cheapest pot they had (50c!). It was dinged and dented and was fantastic! I put it on medium heat and in a few minutes (with some stirring using a chopstick) I had... 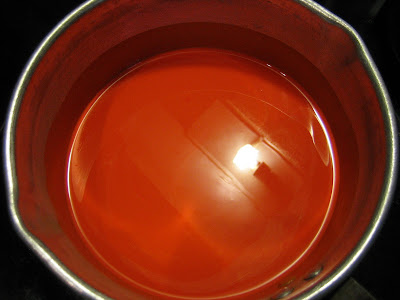 Now, please don't hate me too much because I forgot to take a pic of the most important bit - the crayons actually in the mould inself. Instead of an excuse, just take this warning - don't leave the room and start facebooking while you have your melty crayons on the stove unless you want a house full of smoke. And then try and remain calm while you put the pot of stinky crayon soup on to your porch while trying to remove your birthday boy from the toxic (or non-toxic?) fumes.

Anyway, just pour the soup into your mould and put it in the freezer for a while. When they are hard (about the same time it takes to peel and melt your next colour) they will pop right out with no residue! I just wiped out the pot with a paper towel between colours and went from light to dark.

The irritating thing about my mould was that it only had 4 slots so if you're just doing it for fun (rather than a specific theme) I recommend choosing a mould with many slots.