I pretty much feel it's my duty to introduce my non-Aussie friends to some delicacies of the outback, so this camping trip we did damper with Golden Syrup (pics way too phallic for this family blog) and Aussie-style Hamburgers with the Lot.

Here's my not-very-pretty pic of the assembly: 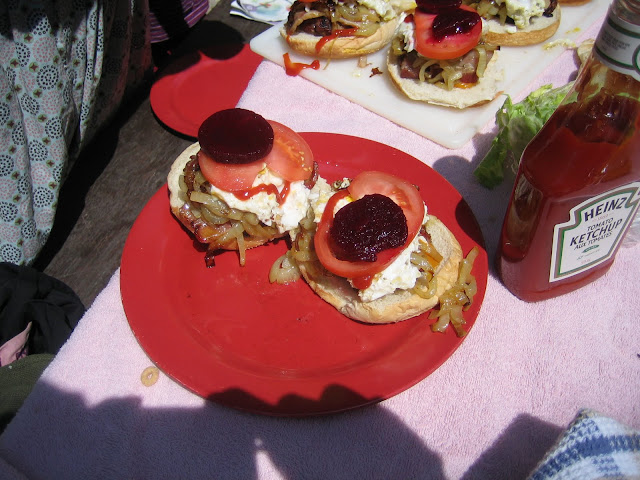 It's fairly similar to a North American version, except that it is HUGE and contains more delicious items. Here's what is involved:
So the hamburgers were a big hit. One person in our camp site actually ate 2!

As I was saying, the trip was generally a big success. Though Saturday morning was very eventful and led to 3 people from our group (of 6 families) visiting the local Emergency Room! Holly's eye swelled hugely and was infected so Rachel had to take her home (she's ok now, thankfully), Emmett's pneumonia had not improved so we had to take him in (gave him stronger antibiotics which seemed to work well), and BJ had a terrible cough. Luckily none of these things was life-threatening but let me say that the Goderich, Ontario hospital is fantastic!

...And now, some face-painted cuteness! The older girls painted the little ones' faces! 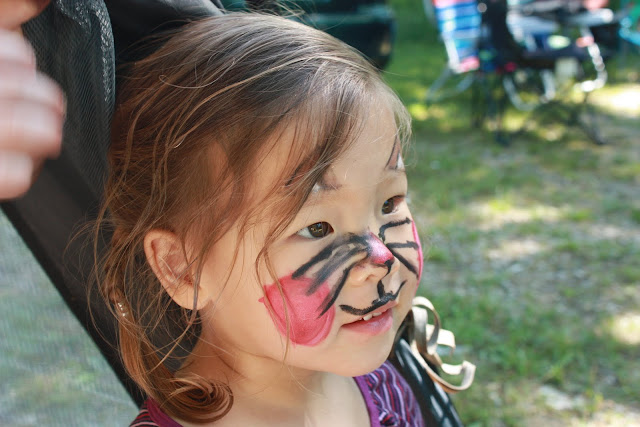 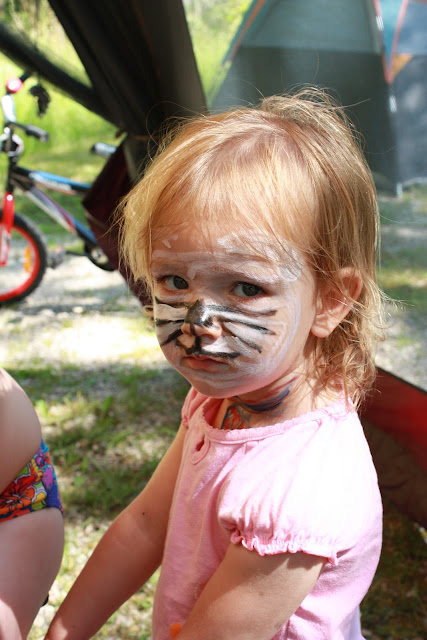 Was your long weekend eventful?
Posted by leila at 7:00 AM