How to Child-Proof a Stereo 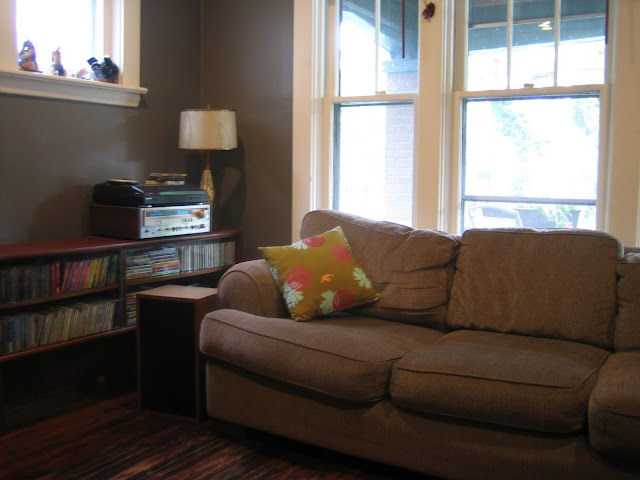 We have a fairly pathetic stereo set-up - a vintage Pioneer Receiver, a modern Sony turntable, and...gasp...a Discman. Yes. A Discman. Our speakers are nice looking and were apparently used as studio monitors for the Montreal Olympic Games. In 1976. Yes. We are clearly behind the times. Even funnier is that both my husband and I are musicians.

The real issue at hand currently is that Emmett likes to push the buttons on everything. The other day I heard a strange sound and realized it was the turntable needle scraping along the plattern. Awesome. This is more than a phase as it has been going on for almost a year!

We are desperately trying to think of ways to protect our basic but functional system (or the new one which will come at some point). Some sort of cabinet is what we are leaning towards, preferably a lockable one!

This one from Ikea seems to fit the bill:


It even has holes drilled for the cables.

Another thought was to take a teak credenza and (egad!) drill holes in the base or back for cables. Obviously we'd get something a bit cheaper than this one:


So, you see we haven't come up with anything particularly earth shattering. What have you done to childproof your precious stuff?
Posted by leila at 7:00 AM