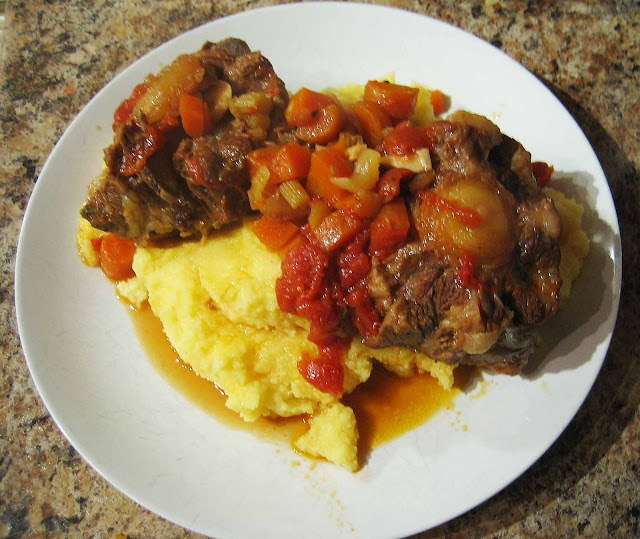 What could be more comforting than a stew in a cold winter’s day? It’s really the ultimate comfort food, though the name sounds very un-cool. Perhaps the term “braise” would be better?


Anyway, I wanted to show how to make a basic stew braise that you can modify infinitely. Here I have used oxtail, which to some would be gross, but don’t knock it until you try it. Certain parties in this house were totally grossed out until they actually tried it and then proclaimed it the “best stew ever” and now gets excited when he sees a big, gross oxtail at the farmer’s market. The flavour is incomparable because of the bones and the gelatine in the tail. A close second would be Osso Bucco (beef or veal shin, cut in cross section) or short ribs. You could also use precubed stewing beef, pork, lamb...whatever. 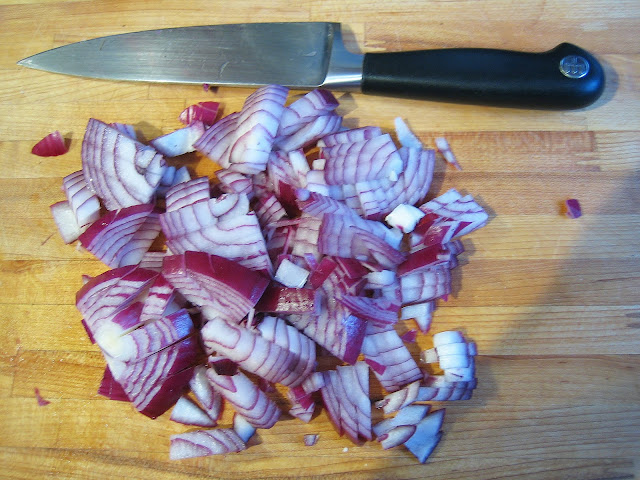 Start with some onion, chopped (see this post for how I do it). I’ve used one large one. 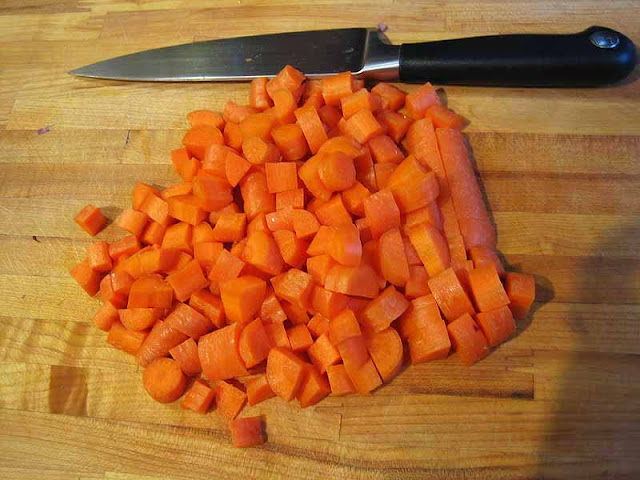 And some carrot. Here are 4 smallish ones 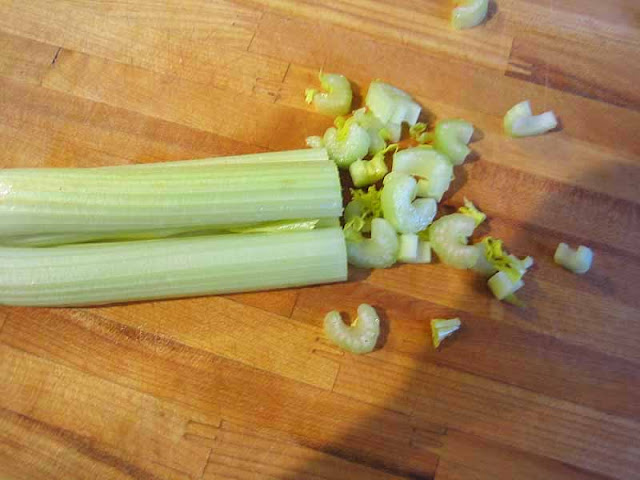 And some celery. I buy the hearts and just chop them right up without separating the sticks. I used about 6 sticks here. 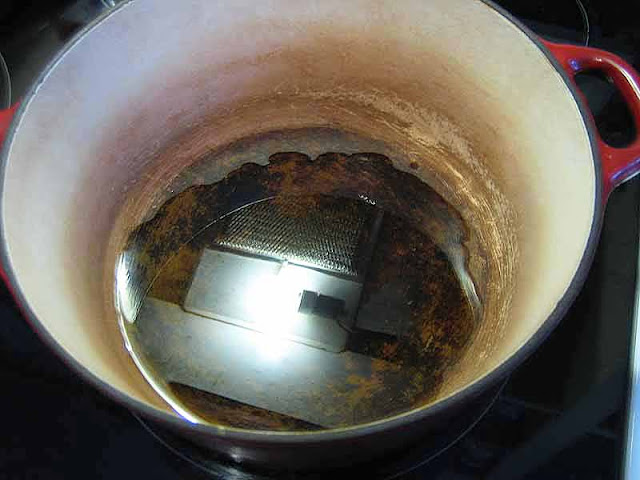 I heat a good glug of Extra Virgin Olive Oil in my dutch oven and add the onion, carrots, and celery. Cook them for about 3 mins. This is a lot shorter than most would recommend. You’ll see why in a minute.

Now, here is where you start making some decisions. I don’t thicken my stews because I am trying to avoid flours (of all types) so I don’t toss my meat in flour. Most people do, and I would too if I could. To do this, you would put about 1/2 a cup of flour in a large ziplock, along with about 1/2 teaspoon of salt and a teaspoon of pepper. Then you bung your meat in and give it a shake. Then take the meat out, discarding excess flour. 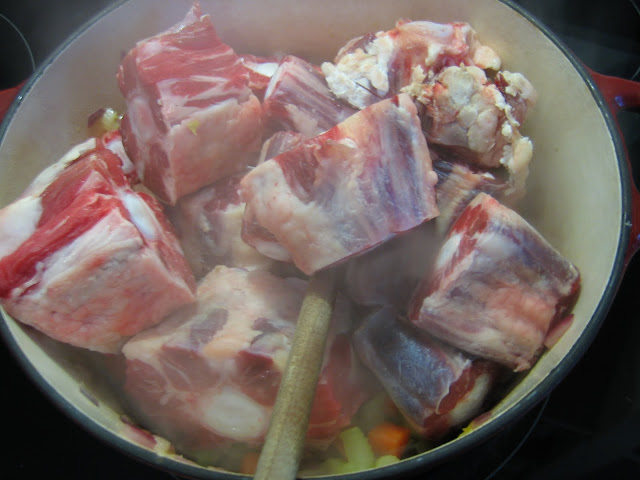 Add your meat to the pot. I’ve used 2 large oxtails here, cut into sections (it often comes this way, otherwise it is normally partially cut for you). You could also use a different stewing meat – probably about 4-5 pounds. If you are doing a larger or smaller batch, just adjust the amount of veg.
Most recipes will tell you to remove your veg from the pot before browning your meat. I am way too lazy to do this, which is why I don’t cook my veggies very long. I just toss my meat in on top and keep stirring it. 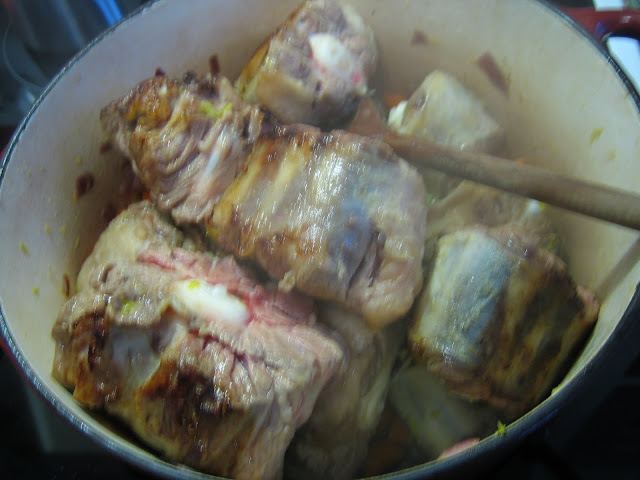 This is a rather bad shot of how much your meat will be browned. 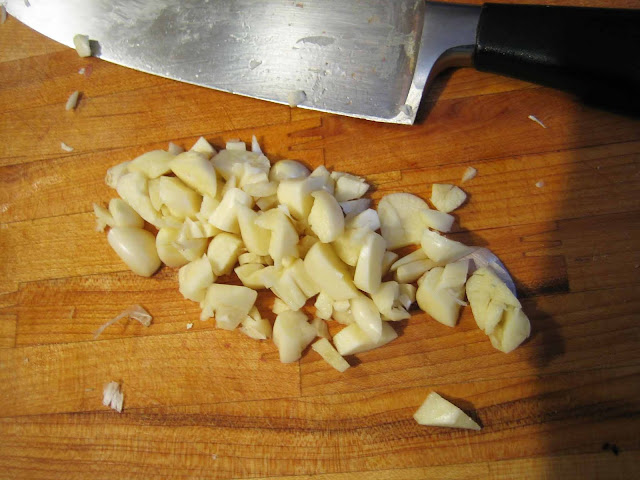 While you’re browning the meat, chop of lots of garlic. There are 6 cloves here. Rough is fine. Add it to the pot along with some liquid.

Again, you have some choices. Here are some suggestions for liquid: 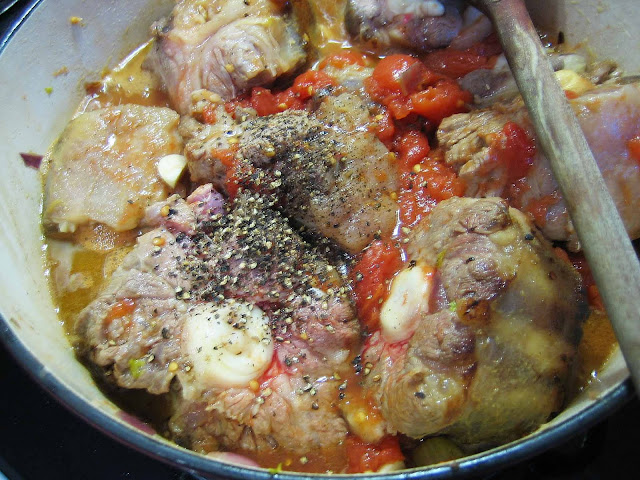 I’ve also added good grind of pepper and about 2 teaspoons of salt. I was using homemade stock and unsalted tomatoes. If you were using bought stock, you’d decrease the amount of salt. You can see how much liquid is necessary. You want it to almost cover your meat.
Now you can add other flavourings to give some personality to your dish. Some suggestions:
In this one I used some orange zest, rosemary and 2 bay leaves.
Now put the lid on and put the pot on low for a long time. Reckon on about 3-4 hours. You don’t want it to be boiling hard, just a gentle simmer (if you open the lid, most of the surface should be flat with a few parts gently bubbling). The stew is ready when the meat is falling off the bone or is very tender. If the liquid gets low, just add some more. It doesn’t hurt to stir it from time to time, especially if you floured your meat.
I usually add extra veggies to this. This timing on when you add them will depend on the vegetable. Again, some suggestions:
This particular time, I was extremely short of veg, so there aren’t any extras.
Here is the Oxtail Stew on a bed of polenta. If you dredged your meat in flour, your gravy would be thicker. I know this looks like a huge serving, but it’s a LOT of bone, believe me.

Email ThisBlogThis!Share to TwitterShare to FacebookShare to Pinterest
Labels: braise, cooking, how to, stew