So this weekend was a beautiful weekend, and I was ready to escape my unfinished home to go to IKEA, when we stepped back and realized we should focus on what needs to be done at home instead. Some of you DIY-addicts may empathize when I tell you we have a TON of unfinished, partly finished, and mostly finished projects in our home. One way we have avoided burnout is by rotating projects (not for everyone, I know!). So instead of accumulating more "solutions" to disguise the problems in our home, we decided to "yawn" stay home and finish one. Our upstairs floor was always a wreck, and when I came across a deal for engineered hardwood for 99 cents a square foot, it was decided we would do the entire upstairs the same. Holly's room was a gross, pee stained carpet, with un-salvageable hardwood underneath. Henry's was just as bad: 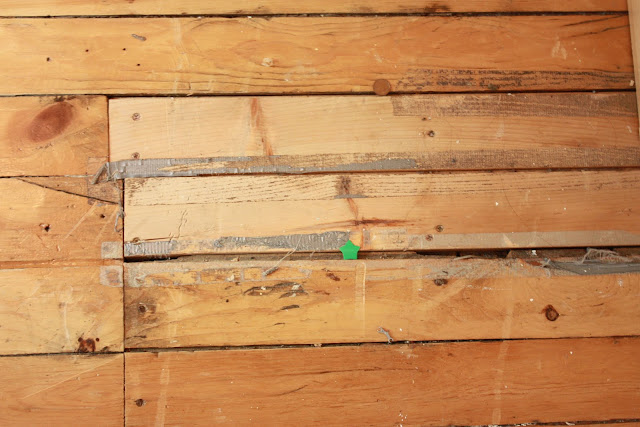 Yes, there were areas that were ducktaped. Holly's room was done the week we moved in (a year ago) because we could not handle the smell. There were other problems with Henry's room, I have shown you bits and pieces, but most of the time it could not keep clean because nothing had a proper place. I would love to be able to make it simple to clean like the playroom. Most of his toys were stored in this lovely piece: 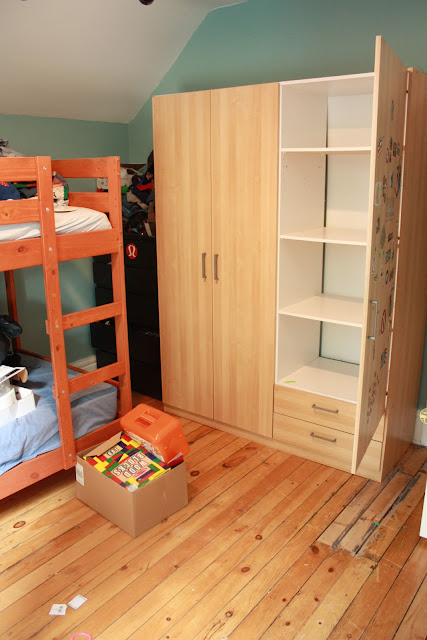 It was huge and bulky; and his dresser in the corner? Let me just say that was not the easiest spot to get to after laundry. So this weekend we finished the floors and threw that ugly, bulky wardrobe to the curb: 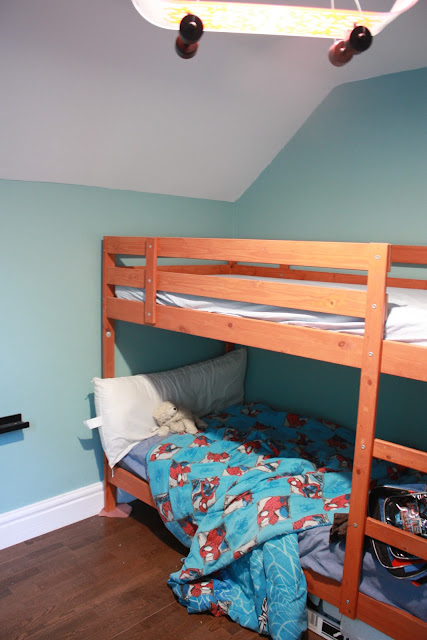 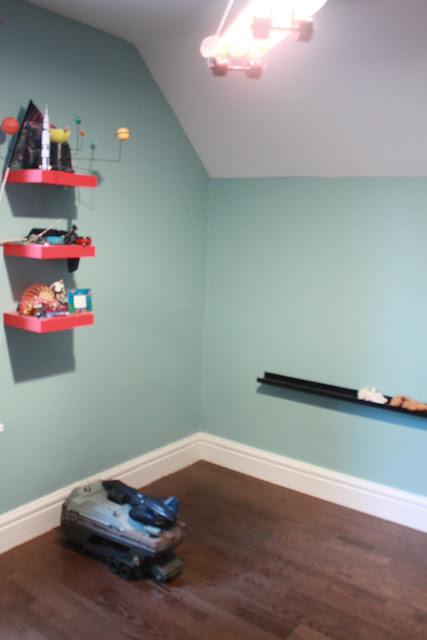 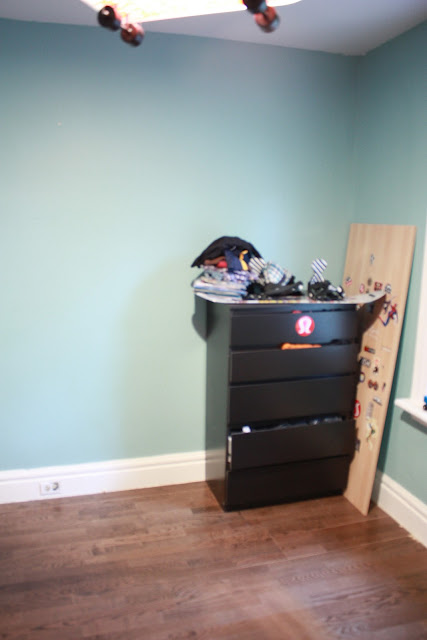 We are left with this, not bad. Note: for those of you considering engineered flooring with a click-lock system (floating floors); please reconsider. They were hell to put in. Always finicky, they would unlock in certain places and we would be left with gaps. Nicks and scratches were SO visible and the floor would chip from the tools (which was unfair because sometimes you had to use brute force to get it to stay together). Ah well, lesson learned. Good old fashioned nailed down floors in the next house for me.
So on to the next problem; this one I could use some help with. Henry loves the new (cleaner) look in his room, however, he forgets that most of his stuff is piled in Mom and Dad's room: 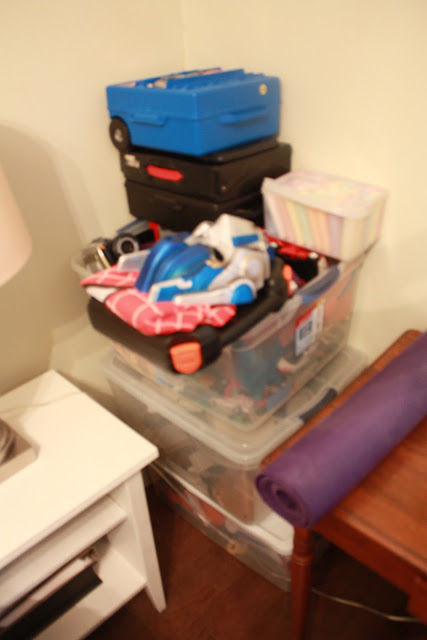 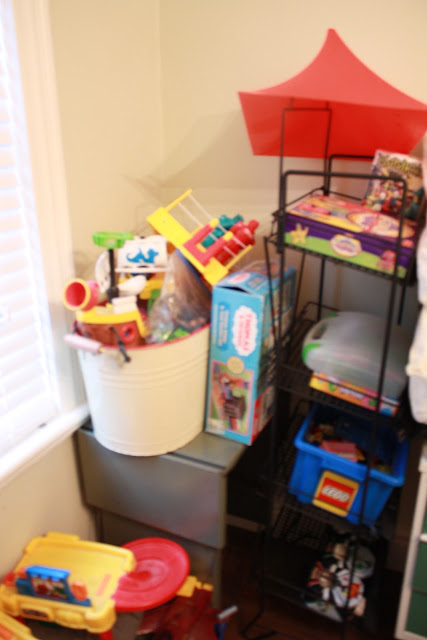 Yikes! The problem is, no closets upstairs and the stuff left in Henry's room is bulky and can not fit in an expedit nicely like in the playroom. And Henry's "design plan", while well thought-out, was a little out of scale: 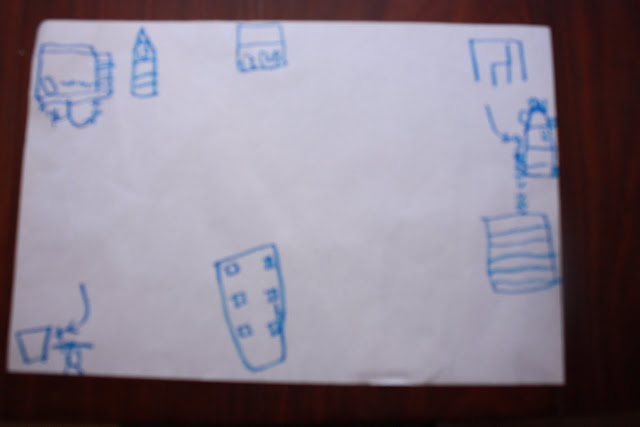 So, heres my question folks: Since an expedit is out of the question, and IKEA is what I can afford for this project, what do I do to hide large toys like fire trucks, GI Joe tanks, and Captain Rex Helmets? These are the two options I can think of: IKEA
A couple of these, side by side? Or go completely open:

Walmart
What do you think? any other ideas? I prefer closed storage but am open in this case to anything...
Posted by Rachel at 9:49 AM